Forest Green's final home game of the season gets underway tomorrow afternoon, and interim boss Jimmy Ball is keen to put aside the frustrations from Tuesday night.

Tranmere Rovers are the visitors, and Ball insists that his side will need to use the advantage of their youth against the Keith Hill's experienced side.

"I feel like we need to play with legs and energy," he said.

"We’ve got to run them, work them, chase, press and scrap for our lives. We’ve got to be more clinical; we have to have higher standards in front of goal.

"We’re not going to give it to them easily, they will have to work extremely hard. They will have to travel down to our place and run their absolute legs off, and we think we’ll have more legs than them." 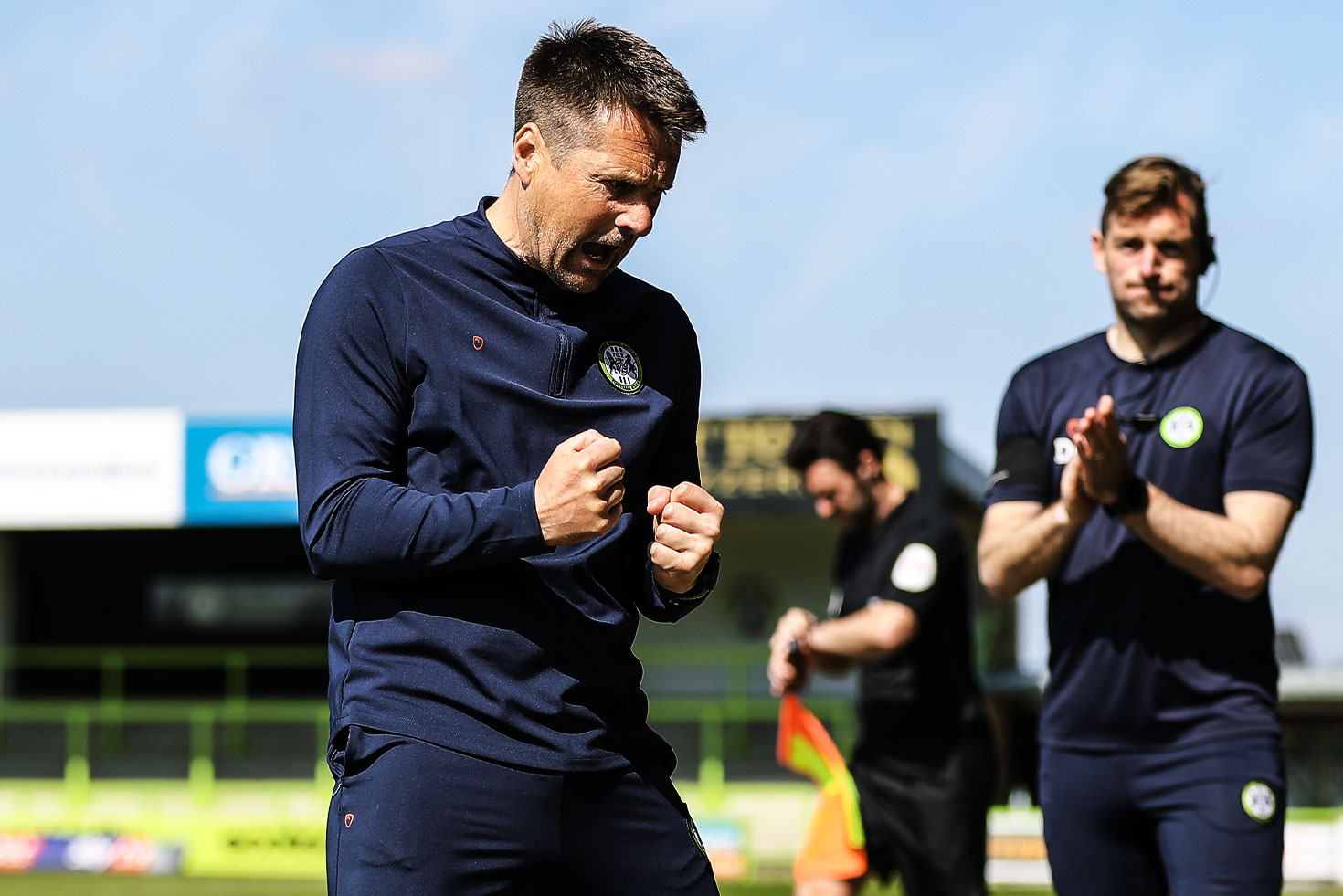 Both teams know what's at stake, with a place in the play-offs still up for grabs.

"We’re in fight mode now. That’s the only way to be. It’s pretty clear what's in front of us," explained Ball.

"Sometimes it can be a blessing. There’s a different pressure when you’re holding onto something and clinging on, compared to when you’re trying to get there.

"I’m sure Salford are feeling that different sort of pressure this week. Instead of scrapping for something, they’re now holding onto something. Our boys are ready."

We’ll go brave, we’ll go bold and we’ll go and take the game by the scruff of the neck.

Ball knows that FGR are going to need every last man for this final push.

"That needs to happen first and foremost, regardless of systems, styles and personnel. You’ve got to earn the right to play and outrun and outcompete your opponent.

"We got it slightly wrong on Tuesday by playing Ebou (Adams) a bit deeper. I just felt that we would pick the ball up in front of our back four a bit better, but that wasn’t the case, it became a bit bitty in there and they were receiving the ball with their back to goal.

"Like I said, that’s part of the role, we adapted quickly, but it was too late. I won’t make that mistake again. We’ll go brave, we’ll go bold and we’ll go and take the game by the scruff of the neck and be aggressive in and out of possession."

What will win, experience or legs?