FGR travel to bottom of the league Scunthorpe United this Saturday as they look to get their league form back on track.

Here is what you need to know about this weekend’s opponents. 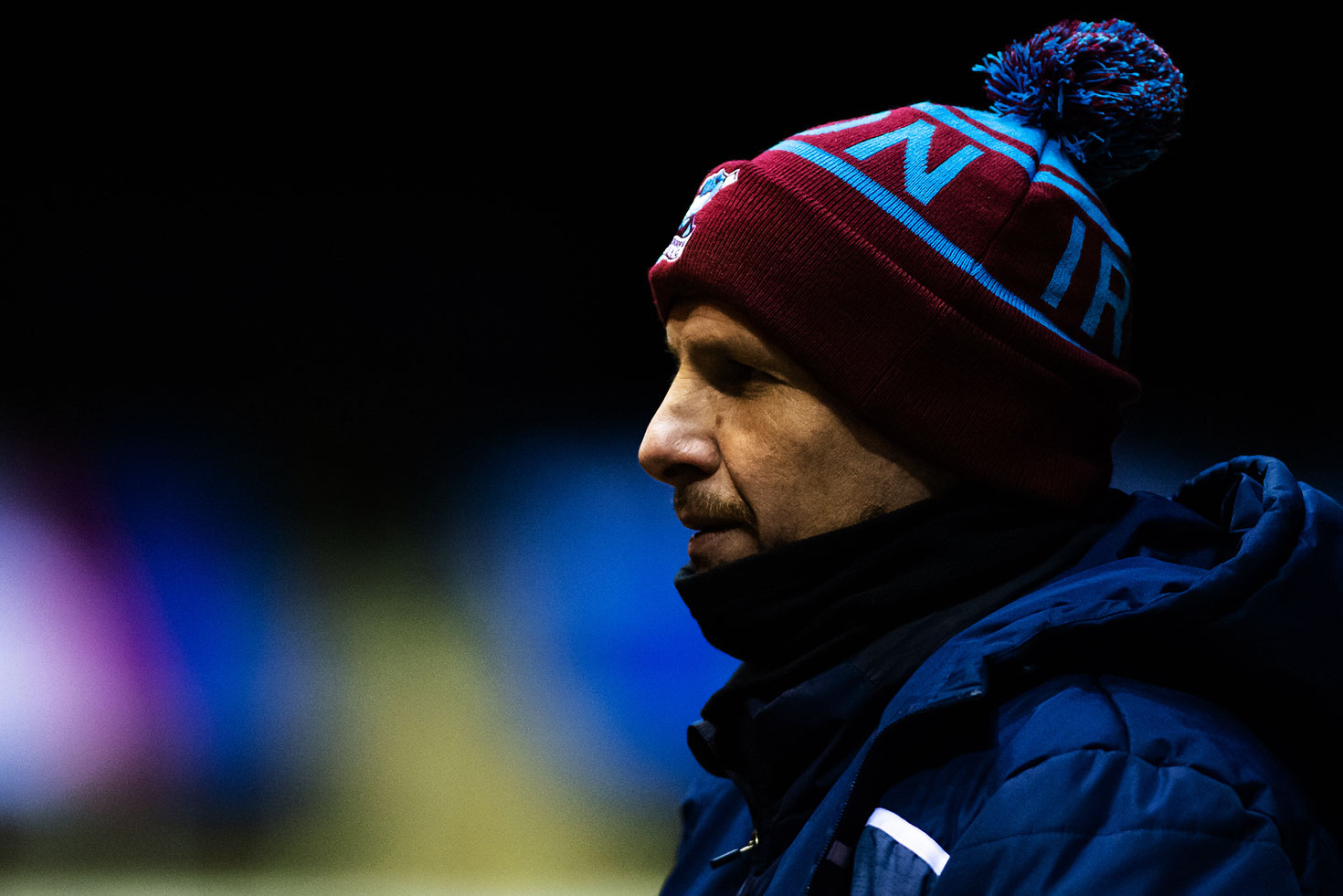 The Iron’s manager is well known to the Scunthorpe fanbase, coming through the academy as a player and going on to play for the first team a total of 26 times throughout 1990-91

Cox’s senior playing career spanned 21 years with the Scunthorpe man playing for the likes of Aston Villa, Middlesbrough, Bolton Wanderers and Watford, amongst others, along the way.

The 50-year-old was appointed as manager in August 2020, after an eight-year stint as assistant manager to Neil Ardley at both AFC Wimbledon and Notts County.

Cox guided the Lincolnshire outfit to safety in his first season, as they finished 22nd. 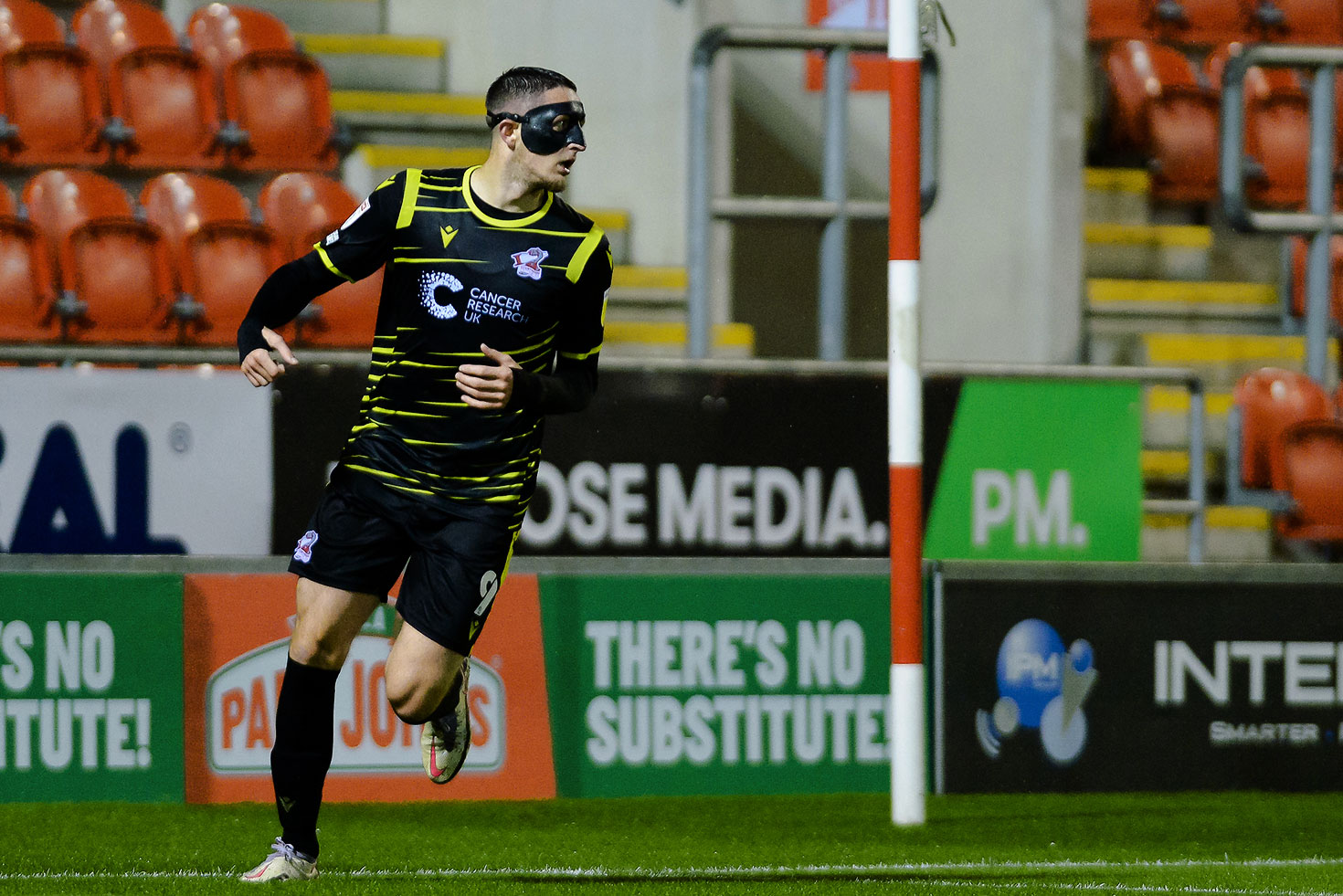 Loft made the move up north from Leicester City signing a two-year deal with The Iron in August 2020.

The striker, born in Gravesend, moved to North London for the 2013/2014 season signing for Tottenham Hotspur after academy stints with Dartford and Ebbsfleet United.

After being unable to break into the senior side at Spurs and loans at Stevenage and Exeter City, Loft set a high ceiling for himself by moving to the midlands to join the Foxes in 2018.

He took the next step and extended his career further with a loan spell at Carlisle United in the 2019/20 season scoring six goals in 35 appearances.

After scoring nine goals in 43 appearances last season, Loft has managed two in just six appearances this term, as injury has limited his playing time.

The six-foot three striker’s only league goal so far came against Rovers last opponents Swindon Town in a 3-1 loss at home in the first fixture of the campaign. 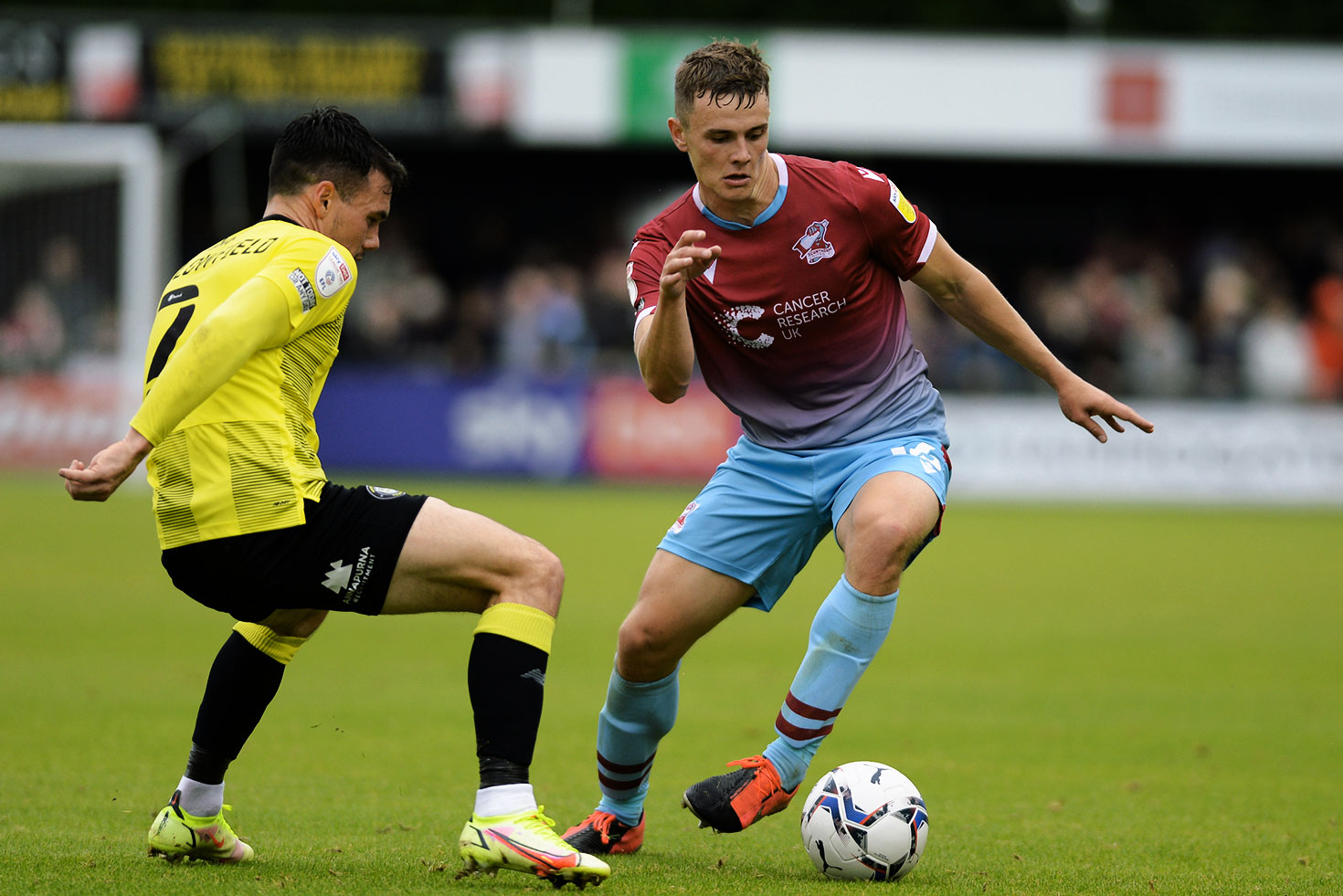 Braces from both Jack Muldoon and Alex Pattison alongside strikes from Jack Diamond and Danilo Orsi ensured the Iron were on the wrong end of a 6-1 thrashing up in Harrogate last weekend.

Scunthorpe found themselves behind early after a Ross Millen Header struck the bar and found itself into the path of Muldoon to nod his first into an empty net in the 8th minute.

Only minutes later United were struck with a double sucker punch after good efforts from both Pattison and Diamond found the net within two minutes of each other, leaving Neil Cox’s men 3-0 down after only 16 minutes.

The first period of nightmares only got worse for the team in claret and blue, with both Pattison and Muldoon adding their second goals of the game, leaving Scunthorpe 5-0 down at the break.

Harry Davis did give the away fans something to cheer about in the second half, when his thumping header found its way into the net after an Alfie Beestin cross.

The cheering did not last long, as the misery was piled back on within minutes when Lewis Thompson gave away a penalty after pulling down Simon Power which also resulted in a red card for the Scunthorpe man after he was shown a second yellow.

Danilo Orsi netted the resulting spot kick to make it 6-1, ending the punishment as the Lincolnshire side left the field with their tails between their legs. 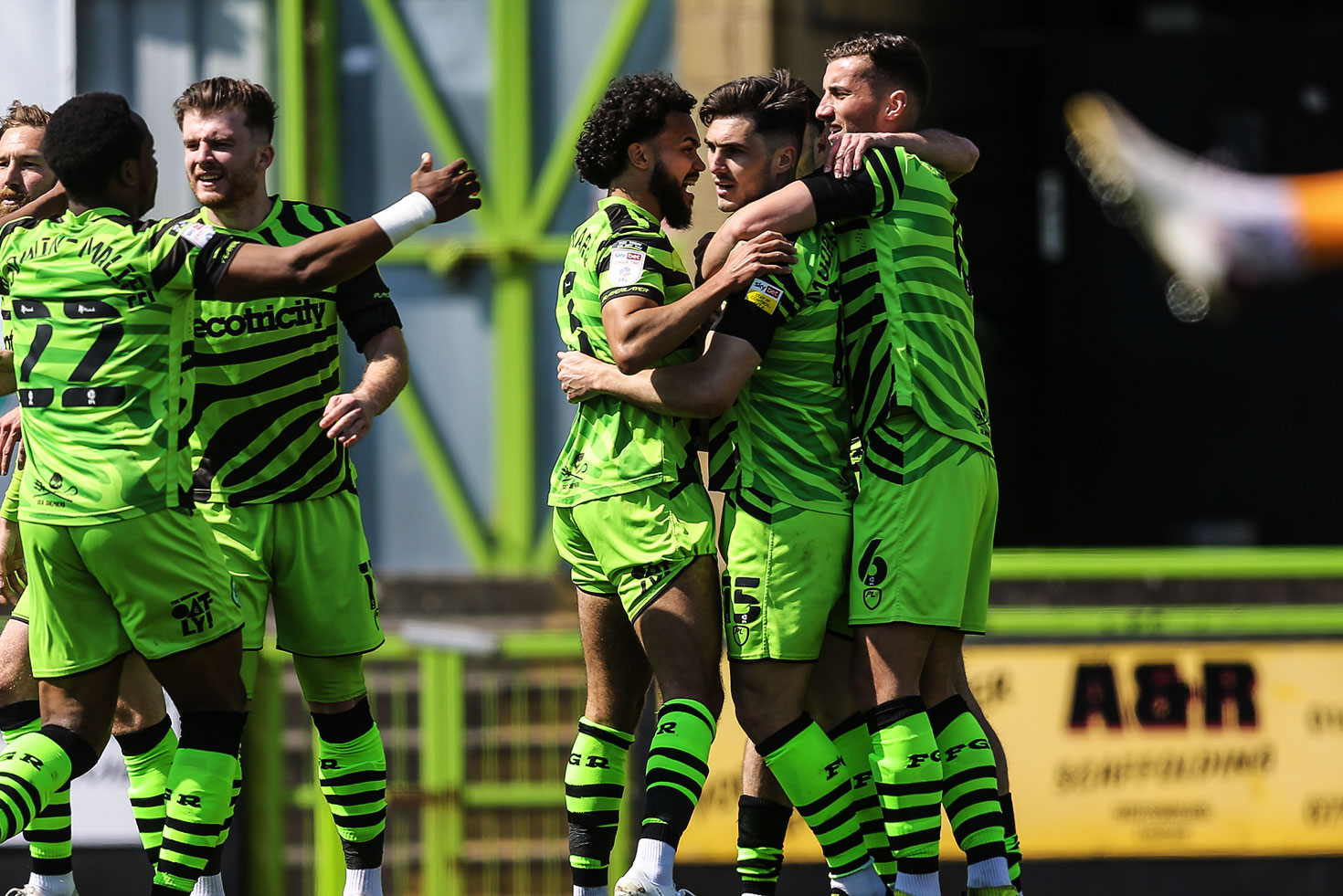 Forest Green ended a run of six games without a win with a second-half comeback win at home to Scunthorpe United as they entered the final stretch of the 2020/21 season.

Second half strikes from Ebou Adams, and Chris Stokes overturned a 2-1 deficit after goals from Harrison McGahey and Abo Eisa followed a Jordan Moore-Taylor opener.

Moore-Taylor opened the scoring for Rovers in the 21st minute when he nodded the ball into the net from an Adams cross.

On the stroke of half-time Neil Cox’s side levelled the scores when defender McGahey netted his first senior goal after the ball pinballed around the box before finding the centre-half’s feet.

In the 52nd minute things got even better for the away side when Eisa unleashed a 20-yard effort into the back of the net to give The Iron the lead.

Adams added to his assist when he headed home the equaliser for the hosts in the 72nd minute after an inch perfect cross by Scotsman Nicky Cadden.

The return of Stokes into the starting XI that day proved a masterstroke as the then club captain tapped home the winner after Baily Cargill had an effort saved into the path of game winner.

The win kick started a final push of the season as FGR reached the play-offs. 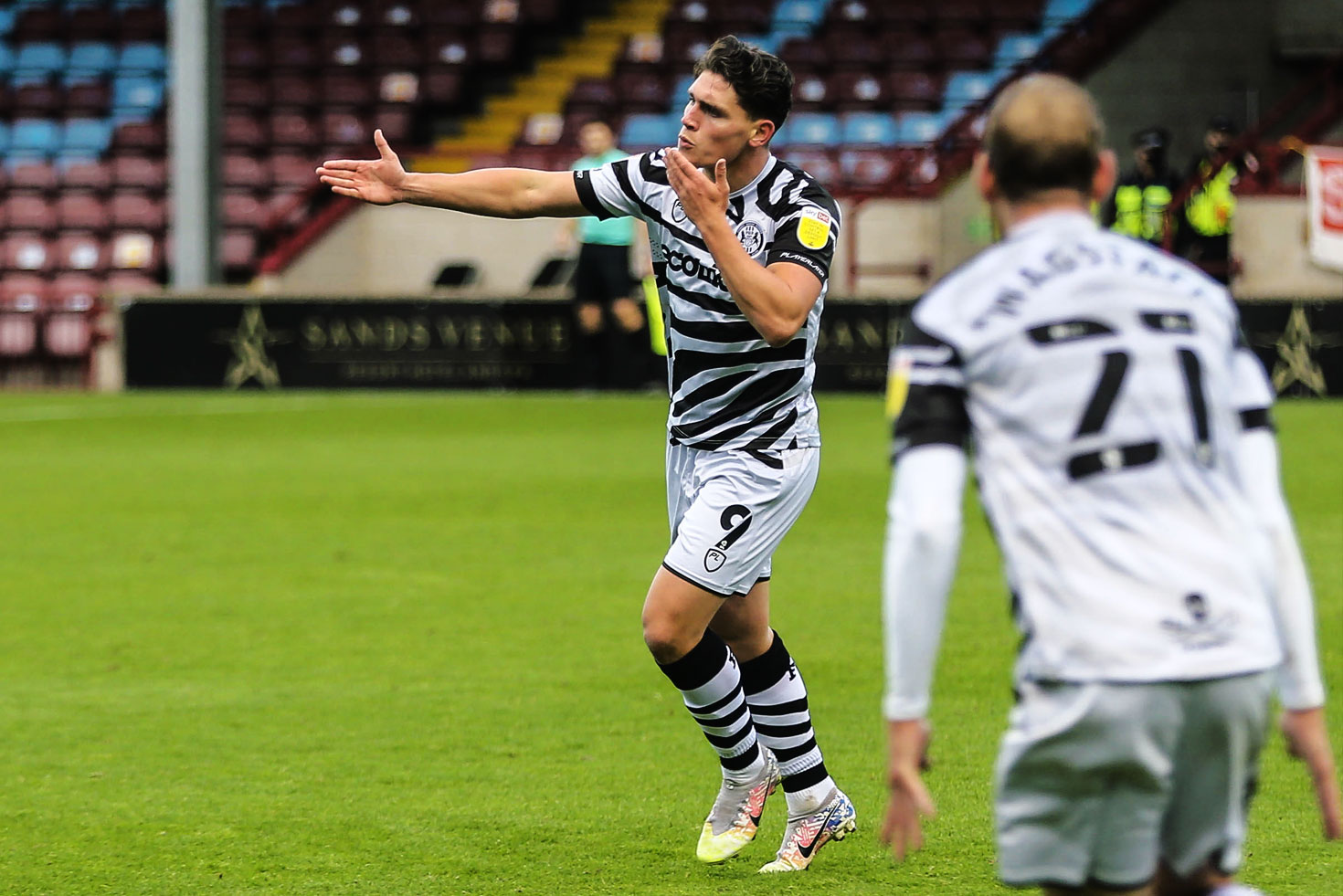 Rovers and The Iron have clashed five times in the past and Scunthorpe just about edge the record with three wins to FGR’s two.

Forest Green did the double over their counterparts last season with a 4-1 victory away from home and a 3-2 win at the Fully Charged New Lawn.

The team’s first meeting came in 2014 when they locked horns in the FA cup, with Scunthorpe coming away from Nailsworth with a 2-0 win.