Rovers make the trip to Sixfields this weekend for a top-three clash in League Two.

Here is all you need to know about Northampton Town. 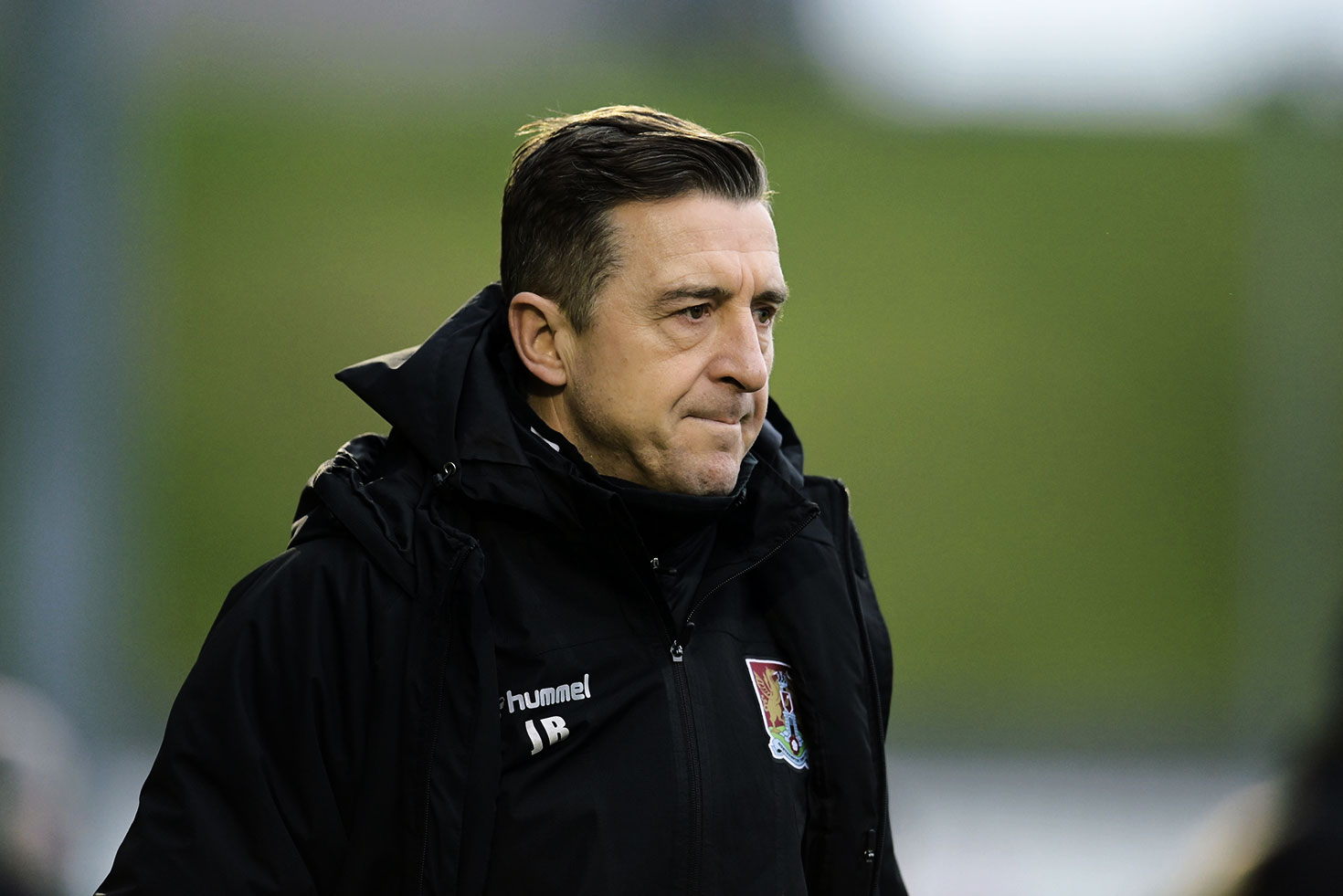 Jon Brady's career in English football began with Hayes in 1994, the Australian making almost 200 appearances for the London club during a four-year spell.

A successful period at Rushden and Diamonds followed before Brady moved on, spending time at a number of clubs before his move to Brackley Town where he would his first coaching job.

He was appointed Manager of the Saints in 2009 and spent six years at the helm before moving to Northampton Town as U16 coach in 2016.

The 46-year-old was promoted to U18 coach in 2017 and, following the sacking of Keith Curle on 10 February 2021, Brady was placed in temporary charge of the first team. On 4 March, it was confirmed that Brady would remain in charge of the first-team until the end of the season. In the penultimate match of the season, Northampton were beaten 3–0 by Blackpool, a result that saw the Cobblers relegated back to the fourth tier.

Despite the relegation however, Brady was appointed permanent manager in May 2021, his side currently sitting third in the table. 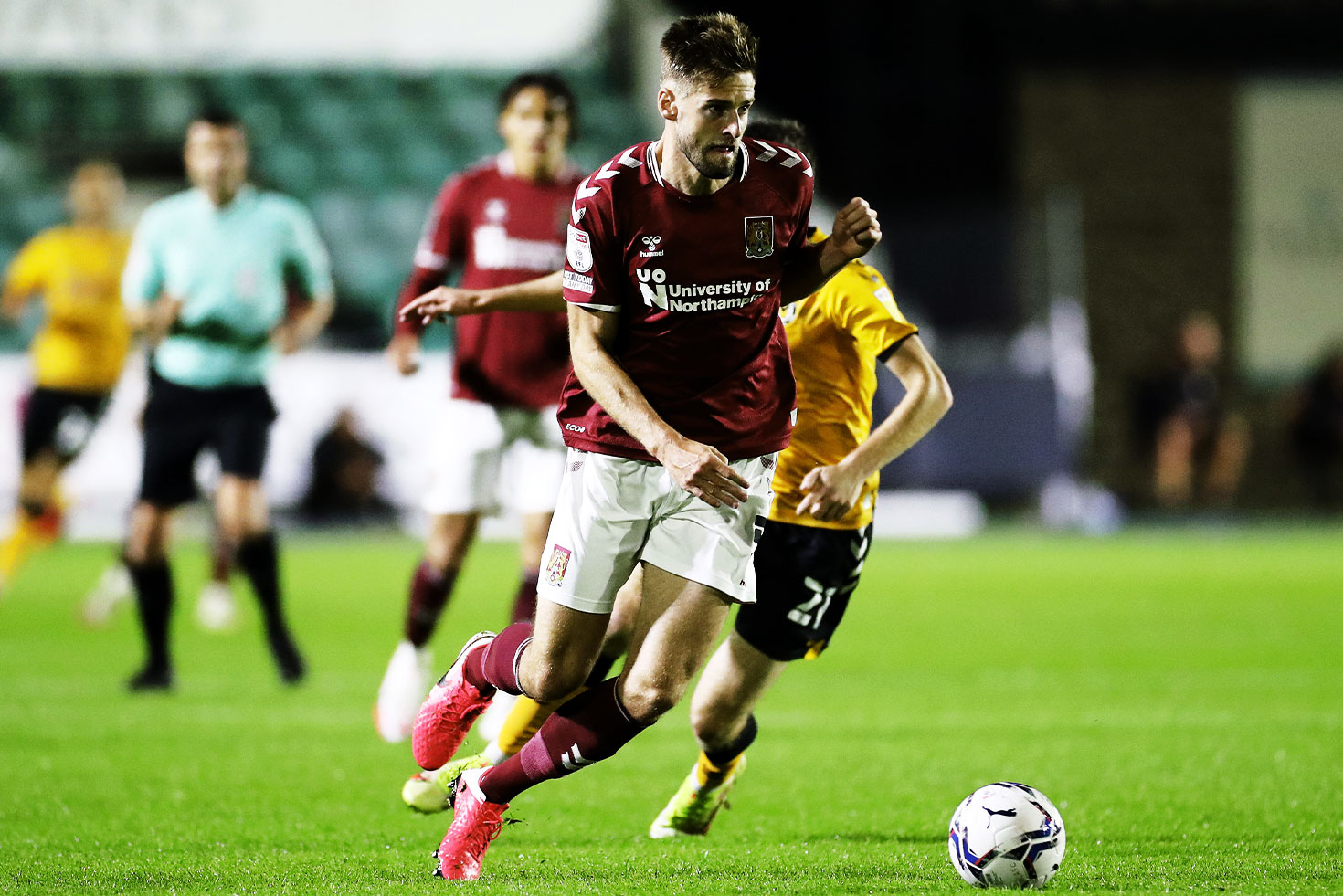 Defender Jon Guthrie began his professional career with a move to Crewe Alexandra in 2012.

He made over 100 appearances for the Railwaymen before two-year spells at both Walsall and Scottish Premiership side Livingstone saw him chalk up over 150 appearances.

In June 2021 it was announced Guthrie had joined the Cobblers on a two year contract and the 29-year-old has featured in almost every League Two game since, scoring six times.

Played for both sides 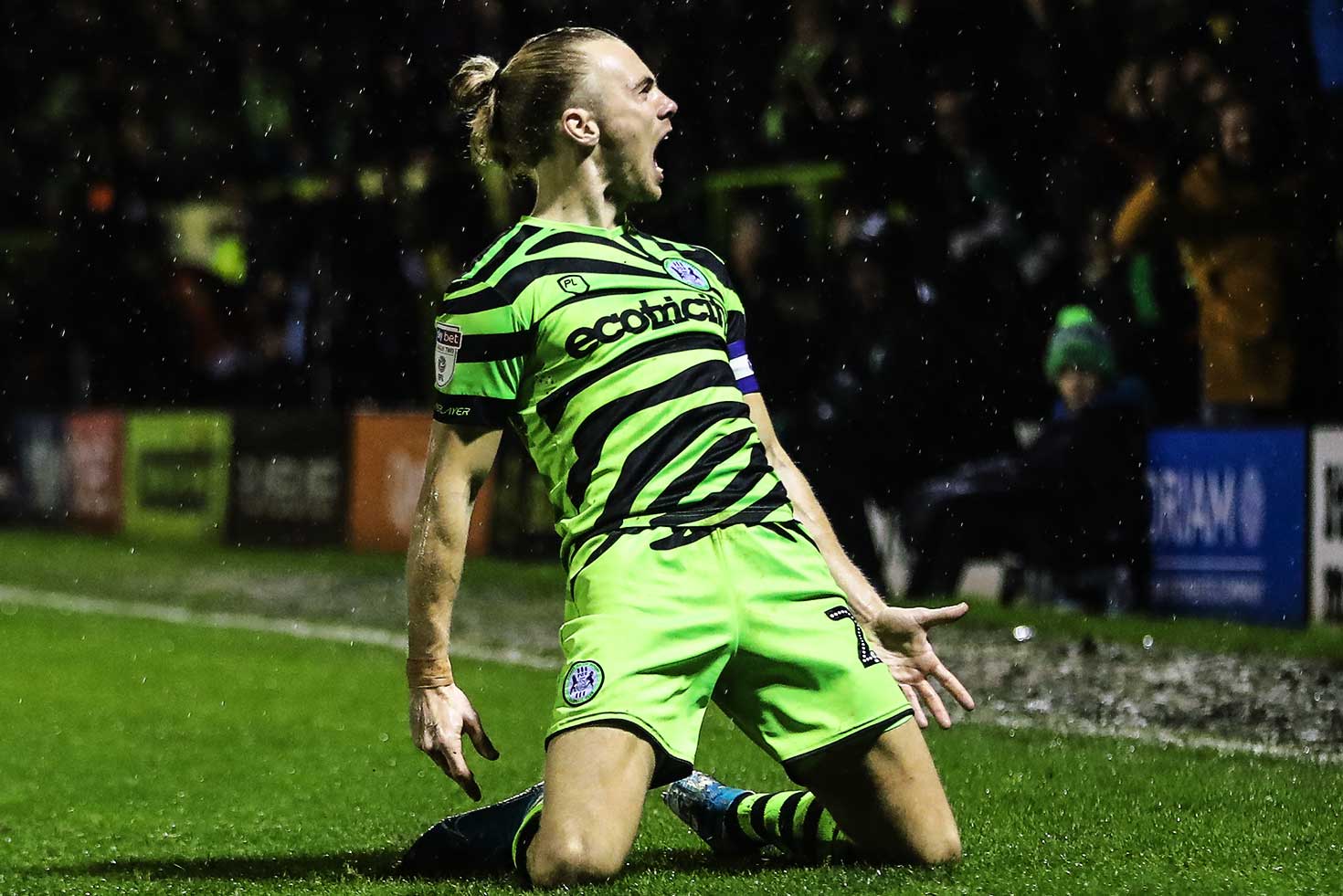 The former Rovers skipper left Nailsworth for then League One side Northampton in August 2020 and has since made 31 appearances for the Cobblers.

The left-back sustained an injury at the end of August 2021 and is yet to return to the side this season, though he did feature as an unused substitute against Swindon Town at the start of the year.

Recent years have shown something of a trend with stoppers representing both clubs, Adam Smith, Steve Arnold and now Jonny Maxted all having played both for either Northampton or FGR as recently as 2019.

Sam Hoskins and Jack Sowerby never threatened the target with half chances for the home side before Crawley took a surprise lead when Nichols latched onto Sam Matthews' through pass and clinically fired the ball home.

Northampton improved after half-time and dominated possession but their end product was poor and they struggled to create clear-cut opportunities.

Debutant Chanka Zimba came off the bench and hit the crossbar with his very first touch while Aaron McGowan cleared the angle of post and bar from a corner.

Zimba was also superbly denied by Glenn Morris in the closing stages as Crawley just about held on for maximum points.

Forest Green Rovers claimed a 1-0 victory over Northampton Town thanks to Jamille Matt’s fifth goal of the season, as Rob Edwards’ side moved back to the top of the League Two table. Edwards’ men almost found themselves in front with twelve minutes on the clock as Nicky Cadden unleashed a thunderous volley from an unlikely angle, forcing Town keeper Liam Roberts to push the ball over the crossbar and ensure his side remained level. Rovers went close through Jack Aitchison with one of their best chances of the afternoon in the second half - the Scottish forward was sent through by Ben Stevenson, only to be denied by a fine stop from Liam Roberts in the 52nd minute.

The home side would eventually be rewarded for their second-half efforts though, as Matt found himself on the end of Cadden’s cross, guiding his header past Roberts – who this time had no answer with 77 minutes played.

The away side has never won a league game in this fixture, so Rob Edwards men will be looking to buck that trend this weekend.

Jamille Matt's second-half header back in September put the two sides a pair of League Two wins each, with Northampton winning the only FA Cup meeting between the sides.

The fixture has seen just one draw - which came in this season's Papa John's Trophy.