FGR is the world’s only vegan football club after making the switch to a plant based diet for all players, fans, staff and events two years ago.

Forest Green chairman Dale Vince said: “It’s a real honour to be the very first sports club in the world to be named carbon neutral by the UN. We’re a small club with big ambitions, and it’s fantastic we can work together to champion the sustainability message worldwide.

“It’s great to be first, but I believe it’s only a matter of time before the big boys like Real Madrid, Man United and the San Francisco 49ers follow our example. I’m personally looking forward to working more with the UN to help spread the word about the environment through football.”

Miguel Naranjo, UNFCCC programme officer in sustainable development mechanisms, said: “For us it’s great, we’re really glad to have Forest Green Rovers on board because it’s an excellent example of the things that you can do right. So getting the club on board means we can transmit that message to other participants and potential participants.

“The beauty about Forest Green Rovers is that it’s a small organisation, with not a massive budget and still it’s doing so much to address the environmental footprint. So if FGR can do it, anyone can do it as well.” 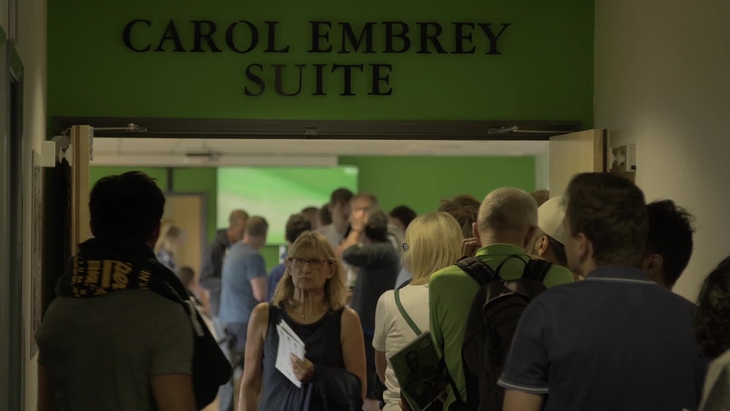 Dale Vince spoke to leading figures in the world of sport at the UN COP21 event in Bonn in November 2017, to discuss how sport can show people in practical terms how to live more sustainably.

Described by FIFA as “The world’s greenest football club”, FGR announced the UN certification at its annual media day on Monday.