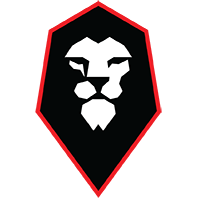 Forest Green failed to record their first victory in five games after defeat to Salford City at the innocent New Lawn.

Rovers made four changes from the Good Friday defeat to Bradford City - as Luke McGee, Ebou Adams, Udoka Godwin-Malife and Josh Davison all made their way into the starting line-up.

Mark Cooper's side had Jordan Moore-Taylor to thank as the Ammies looked to race into an early lead. Brandon Thomas-Asante picked up a piercing through-ball inside the penalty area - and the Rovers defender was on hand to block the attempt.

Neither side managed to create any clear-cut openings as the game got underway - and it was the home side who failed to take advantage of an early half-chance. Adams appeared in the box looking to connect with a Nicky Cadden corner-kick, but his effort was blocked away from danger.

With the interval looming, Gary Bowyer's side took the lead. Ian Henderson shaped up to shoot on the volley from 25-yards out - and sweetly guided his strike with power beyond McGee in the Rovers goal.

Henderson then doubled his and Salford's advantage with just over ten minutes remaining. Substitute George Boyd fired a cross into the area - and the 36-year-old was on hand to tuck the ball into the back of the net.